Finally, A simple guide for Canadians!

What are the 4 toughest Financial questions that people will ever face?
Would you like to know the answer to these questions?

ReThink Your Money.  You will Discover and Learn what the banks really don’t want you to know and
how you can finally take complete control over your money, your retirement and your life!

Ready to get started? Register Today

Due to the current Public Health Situation, All Live events will be done Via ZOOM webinar (no prerecording)


Our CEO & Founder is celebrating
20+ years as a Certified Financial Planner,

We are Launching our NEW 90 min Webinar

Your FREE Attendance will include:

We’ll see you There!

Why Attend The Bankers’ Secret™ Webinar 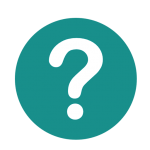 It’s a fun & enlightening webinar that helps individuals, families and businesses, like yourself, with over 25 years experience education the public.

The Bankers’ Secret is based on a proven yet little-known process called Infinite Banking (Becoming Your Own Banker).  As Infinite Banking (IBC) gains popularity in the financial world it is important to understand the basics of it.  It’s a time-tested system for Wealth Creation and debt management that is not taught in schools.

This strategy is designed to develop or improve one’s financial position by avoiding or minimizing unnecessary wealth transfers where possible, and accumulate an increasing pool of capital.  Learn how to recapture interest that would otherwise be paid to a traditional bank and finance companies for the major items that you need.  Our client’s are reaping the rewards of this wonderful concept. 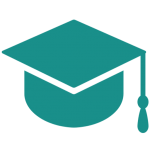 What will you learn?

Based on the Infinite Banking Concept & best-selling book “The Bankers’ Secret,” you will learn smart financial tips and strategies for retirement planning, recapturing the interest on major purchases, & how to Becoming your own Banker.

You will be shown how to implement the process by seeing real case study examples.

What are the 4 silent retirement killers.  Discover the Top 3 Banking Secrets. ReThink Your Thinking

#1 Worry for Canadians is running out of money. 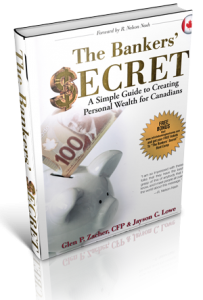 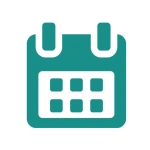 The Bankers’ Secret Webinar is here for business owners, families and individuals to gain a better understanding of the fantastic concept.  During these unprecedented times, we are using a platform that accommodates the current health environment and allows participates to incorporate this into their schedules.

You will be attending online with other individuals, business owners and professional people all of whom are seeking a better and more stable financial situation.

It’s smart money management training to help Canadians build wealth no matter what the individual circumstances or state of the economy.

“An Investment in Knowledge Pays the Best Interest” – Benjamin Franklin

What People are Saying

“I am so impressed with these folks, they have the best grasp of this of anybody I know, and I meet people all over the world who teach this message.” 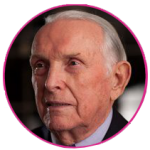 “It’s been a great educational experience being at the boot camps. In fact, I’ve been at two of them now. It’s a really great investment of your time. The thing I love about it is there is no pressure. Come to one of the boot camps. That’s probably one of the best things you can do. You’ll have someone there to answer your questions first-hand. I would really advice that it’s worth the investment of time.” 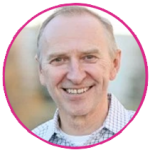 *This is a free service provided by McGuire Financial Inc. Credit Card Not Required. 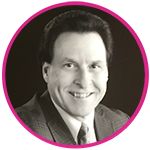 Glen P. Zacher, CFP, is the founder & owner of McGuire Financial Group.  He is internationally recognized as one of the leading educators and implementers of “The Bankers’ Secret” – Becoming Your Own Banker (The Infinite Banking Concept).  Recognized as one of Canada’s top Advisor at several different financial organizations, Glen first focus is on What is Right for the client.  Glen has been a Certified Financial Planner since 2000 and is a member in good standing with the FPSC.  He is highly sought after for his expertise and commitment to his clients and associates.  With over 25+ years of experience, Glen has strategically developed a strong relationship with Accountants, Lawyers and associates, so that his clients are able to benefit directly from this.  Glen works closely with families, professionals and business owners across Canada.

Glen P. Zacher, CFP, is the owner & CEO of McGuire Financial Group. He has worked closely with families, professionals and business owners across Canada for over 25+ years. Prior to founding McGuire Financial in 2004, he was an investment banker at one of the big six banks in Canada where he worked with high net worth clients providing financial advice and creating wealth.  Glen has strategically developed a strong relationship with Accountants, Lawyers and associates to benefit his clients directly.

Glen is recognized internationally as one of the leading implementers and educators of “The Bankers’ Secret’ – Becoming Your Own Banker (The Infinite Banking Concept).  At McGuire Financial, Glen’s passion is working with business owners, families, and professionals to design and implement “The Bankers’ Secret”, empowering them to Become Their Own Banker. He accomplishes this by empowers his clients through education to create a lifetime of wealth.

In addition to financial and retirement consulting, Glen is an international author, entrepreneur, and business coach. Glen speaks on his radio show 630 Ched Talk to the Experts, Alberta’s #1 talk show on Becoming Your Own Banker®. He has been heard on radio in Edmonton, Calgary, Kelowna, Toronto. Glen has been featured on live interviews with Equitable Life and several Radio Stations: Corus Radio Network, 630Ched, NewsTalk 770, Shine105.9, AM1150, TheBear, 640AMGlobalNews, TSN1260AM…  Glen regularly appears as a speaker for “The Wealthy Entrepreneur” seminar for Doctors, Chiropractors, Dentists & Business Owners and well as “Taxes and Retirement”, Banking Secrets Conference, Ultimate Wealth Day & Bootcamps.

But as much as he’s accomplished since launching McGuire Financial back in 2004, Glen’s drive towards success was not always a straight path. He started his business ventures at the early age of 21, by opening a food kiosk in the world’s largest mall, West Edmonton Mall. Although he got off to a great start, Glen found that competing businesses in the mall copied his homemade soup & sandwich business model, despite being contrary to his leasing agreement.

Almost immediately Glen’s sales started to decline and he had to sell despite losing everything he had invested, leaving him with a huge debt of over $75K. He had to sell his prized 1986 corvette, and take on 2 jobs to get out from under it all. While it took two years to accomplish this, it also taught him some valuable business lessons. He then took it upon himself to start learning from some new mentors such as Brian Tracy, Tony Robbins, and T. Harv Eker.

Glen went on to open other businesses in the hospitality industry and worked in 5 star hotels and restaurants, eventually becoming a certified chef du cuisine. Since then Glen taught himself about how money works and discovered “it’s not about how much you make its how much you keep”. In 1996, he started his professional career in the financial industry and has helped thousands of people eliminate debt and create financial stability.

He is recognized as one of Canada’s top Advisor at several different financial organizations.  Glen believes that it’s the organization that has the best value for his client that he wants his client involved with and never limiting himself or his clients to only one organization.  While these accomplishments are wonderful, Glen first focus is on What is Right for the client. Glen has been a Certified Financial Planner since 2000 and is a member in good standing with the FPSC. He is recognized internationally as one of the top Certified Infinite Banking Practitioners in North America with the Nelson Nash Infinite Banking Institute. Glen is a member of the Top of the Table, the Highly Respected Million Dollar Round Table (MDRT).

Glen P. Zacher, CFP, is the founder & owner of McGuire Financial Group.  He is internationally recognized as one of the leading educators and implementers of “The Bankers’ Secret” – Becoming Your Own Banker (The Infinite Banking Concept).  Recognized as one of Canada’s top Advisor at several different financial organizations, Glen first focus is on What is Right for the client.  Glen has been a Certified Financial Planner since 2000 and is a member in good standing with the FPSC.  He is highly sought after for his expertise and commitment to his clients and associates.  With over 25+ years of experience, Glen has strategically developed a strong relationship with Accountants, Lawyers and associates, so that his clients are able to benefit directly from this.  Glen works closely with families, professionals and business owners across Canada.

Listen to what past Event Participants had to say…

“Awesome! Great group to listen to. You guys are entertaining, you make it fun. It’s just enjoyable to sit and listen and to get involved. You have to do it … best day of my life! Everybody I know I will tell. It is life changing!”

“It was my pleasure to come to McGuire Group to learn Infinite Banking in their boot camp. I would recommend the McGuire Group because they have a group of people that understand this and they lay it out very simple. They have really done their homework in terms of understanding Nelson’s book and concepts.”

“I found everyone at McGuire to be really knowledgeable. I think that they really have our benefit at heart. They’re always looking out for what would work best for us. They have all the information that you need. I think it’s a lot of value for anyone at any age to learn this. If you want to take control of your own finances, you have to take the time to learn about it.”

Look for upcoming LIVE seminars in Edmonton, Calgary and Toronto – later in 2020

Or Call Us Today

Your email address is safe with us, and we will never spam you and you may opt-out at anytime.

Our Refund Policy: Tickets to all of our boot camps are fully refundable up until 5 days before the event. After that date they maybe transferable to
another party and are valid for upcoming boot camps in Edmonton or Calgary for 90 days from time of purchase.” Satisfaction is guaranteed