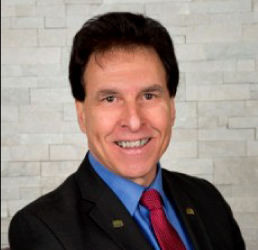 Glen P. Zacher, CFP, is the president and CEO of McGuire Financial Group. He has worked closely with individuals and business owners across Canada for over 18 years. Prior to founding McGuire Financial in 2005, he was an investment banker at one of the big six banks in Canada where he worked with high net worth clients providing financial advice and creating wealth.

At McGuire Financial, Glen’s passion is working with individuals, families, and business owners to design and implement “The Bankers’ Secret”, empowering them to become their own banker. He empowers his clients through education to create a lifetime of wealth. In addition to financial and retirement consulting, Glen is an author, entrepreneur, and business coach. Glen speaks on his radio show 630 Ched Talk to the Experts, Alberta’s #1 talk show on Becoming Your Own Banker®. Glen also speaks at the annual Banking Secrets Super Conference, & Bootcamps.

But as much as he’s accomplished since launching McGuire Financial back in 2005 Glen’s drive towards success was not always a straight path. He started his business ventures at the early age of 21, by opening a food kiosk in the world’s largest mall, the West Edmonton Mall. Although he got off to a great start, Glen found that competing businesses in the mall copied his homemade soup & sandwich business model, despite being contrary to his leasing agreement.

Almost immediately Glen’s sales started to decline and he had to sell despite losing everything he had invested, leaving him with a huge debt of over $50K. He had to sell his prized 1986 corvette, and take on 2 jobs to get out from under it all. While it took two years to accomplish this, it also taught him some valuable business lessons. He then took it upon himself to start learning from some new mentors such as Brian Tracy, Tony Robbins, and T. Harv Eker.

Glen went on to open other businesses in the hospitality industry and worked in 5 star hotels and restaurants, eventually becoming a certified chef du cuisine. Since then Glen taught himself about how money works and discovered “it’s not about how much you make its how much you keep”. In 1996, he started his professional career in the financial industry and has helped thousands of people eliminate debt and create financial stability.

Glen is now one of the Top 10 producers for Equitable Life of Canada and was awarded Top Western sales producer for 2014/2015. Glen has been a Certified Financial Planner since 2000 and is a member in good standing with the FPSC. Glen is recognized as one of the top Certified Infinite Banking Practitioners in North America with the Nelson Nash Infinite Banking Institute. Glen has also achieved Court of the Table member status for 2012 and 2013 with the Highly Respected Million Dollar Round Table (MDRT). Some of Glen’s favourite charities he supports are Habitat for Humanity, the Heart and Stroke Foundation, and the Make a Wish Foundation.